40 Years of Progress and Persistent Challenges in HIV/AIDS

We Need to Do More for Women

By Dr. Janine A. Clayton

So much has changed in the 40 years since the Centers for Disease Control and Prevention's first Morbidity and Mortality Weekly Report (MMWR) article on what is now known as HIV (human immunodeficiency virus). The scientific community has reached remarkable milestones in 40 years: the development of a highly effective antiretroviral therapy, growth in our understanding of the nuances of the virus and its transmission, as well as breakthroughs in prevention and implementation science. The U.S. Department of Health and Human Services (HHS) plan to effectively end the HIV epidemic by 2030 is a beacon of hope that was once unimaginable. However, even with advances in pre-exposure prophylaxis (PrEP), the success of the “treatment as prevention” strategy, and the acceptance of the Undetectable=Untransmittable concept, women—particularly women of color and transgender women—have not reaped the full benefits of prevention. Additionally, women with HIV have higher rates of non-AIDS comorbidities than men with HIV, and much is still unknown about sex differences when it comes to a cure for HIV. Yet despite these gaps in knowledge and known differences, women remain underrepresented in cure research, and with women now acquiring HIV at a higher rate than men globally, the need for HIV research specific to women continues to grow.

Biological and Social Factors Can Increase Women’s and Girls’ Vulnerability to HIV
Worldwide, women account for more than half of HIV cases, and young women are twice as likely as young men to acquire HIV. The vaginal microbiome and sex differences in innate immunity are compounded by social factors such as stigma, social norms, and barriers to accessing sexual and reproductive health services. These social factors create gendered inequalities and shape women’s and girls’ HIV risk. Experiences of violence, economic opportunities (or lack thereof), and negotiating skills needed to achieve safe sexual encounters and needle cleaning with drug use partners are all powerful factors that can influence risk for HIV exposure and potential ensuing health outcomes. For women of color, structural racism and systemic inequality diminish the ability to practice HIV risk reduction strategies.

Black Women Account for More Than 50% of New HIV Diagnoses Among Women in the U.S.
This disparity exists despite the overall declines in new diagnoses, with members of understudied, underrepresented, and underreported (U3) populations being diagnosed with HIV at disproportionately higher rates. U3 groups include rural women, transgender women, women living at/near/below the poverty line, and Black and Latina women. Enhancing resilience and reducing stigma for Black women with HIV will be key considerations in intersectional HIV prevention efforts.

Although much has changed in the past four decades, stigma and discrimination are stubborn obstacles, preventing even the best evidence-based HIV interventions from achieving their goals. A recent paper, “HIV-Related Stigma Research as a Priority at the National Institutes of Health”—whose authors include ORWH’s own Elizabeth Barr, Ph.D., and Miya Whitaker, Psy.D., M.A.—recently provided an overview of NIH’s HIV stigma research efforts. The paper reports that “the total number of NIH-funded stigma research projects increased from 117 to 224 between FY2015–FY2019.” Funding of the NIH stigma portfolio for HIV projects was about $40 million for FY 2019. In the paper, each NIH Institute, Center, and Office (ICO) presents a synopsis of its relevant scientific findings. The paper also identifies areas in need of future research and offers a hopeful perspective that harnessing the combined efforts of NIH, HHS, and all additional government and nongovernment projects will contribute to achieving HHS’s goal, expressed in Ending the HIV Epidemic in the U.S., of reducing HIV transmissions by at least 90% by 2030.

Beyond stigma, encouraging progress is being made on multiple fronts for women in HIV/AIDS research. Here are just a few examples:

Taking a broad view of the investigations conducted, even with known sex and gender differences in HIV, women unfortunately remain underrepresented and understudied in HIV research. However, I am proud of the role NIH has played in HIV/AIDS research and optimistic about recent advances. A few notable examples include:

The Work Will End When HIV Ends 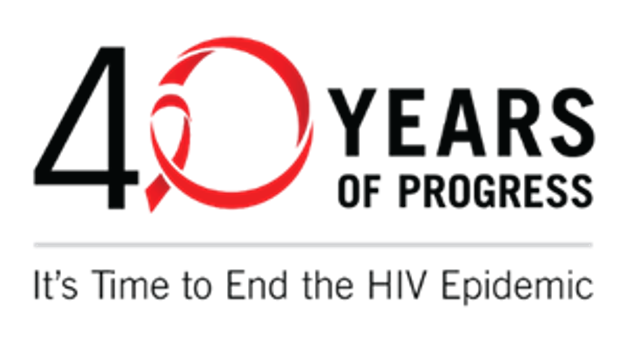 Thanks to scientific research, in the 40 years since the MMWR article on the first cases of HIV/AIDS in the U.S., the virus can now be a manageable chronic disease rather than an acute fatal one. The end of HIV is within our grasp—as long as prevention and therapeutic intervention efforts, as well as any future HIV curative strategies, prioritize the inclusion of diverse women and designing studies that center the health of women. NIH policies, resources for investigators, and targeted research funding can work together to help make sure that every woman or girl living with, or at risk for, HIV benefits from the best research possible. With that research at work, I’m full of data-driven hope that when we commemorate 50 years since the virus’s discovery in the U.S., we will have the end of the epidemic well in sight.