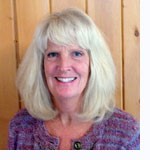 Marilyn Carroll, Ph.D., is a professor in the department of psychiatry at the University of Minnesota. Her research has been funded by the National Institute on Drug Abuse (NIDA) for almost 40 years. For over a decade, her lab has studied sex differences in addictive behavior in animals. She has long recognized the importance of including male and female animals in drug abuse research. Her main finding is that sex differences occur in all phases of drug addiction, with cocaine and other drugs of abuse, and female gonadal hormones, estrogen and progesterone, account for some of the sex differences.

Dr. Carroll is currently funded by the Specialized Centers of Research (SCOR) on Sex Differences Program from the NIH Office of Research on Women's Health's (ORWH), NIDA and the U.S. Food and Drug Administration, focusing on the interactions of sex differences, hormones, and impulsivity and novel treatments for nicotine and cocaine addiction — the most common and deadly forms of addiction in women and men.

Q: What is your research about?

Q: Does preclinical research on drug addiction generally focus on only one sex?

Dr. Carroll: In 1975, when I entered the world of drug addiction research, there were mostly men and just a few women doing the research. Everyone used male animals exclusively. I used to ask my male colleagues why we didn't use female animals, and they said females were too much trouble. Furthermore, they said having male and female animals in the same room would be disruptive. They might behave differently at different phases of the female hormonal cycle, which would produce highly variable data. A recent article by Prendergast et al. Neuroscience and Biobehavioral Reviews (2014) has put that misconception to rest.

Now people recognize the importance of studying sex differences. Clinical research has already made great advances in this area, and the animal studies that include comparison of sex differences seem to be increasing exponentially.

Q: How did you get started looking at sex differences?

Dr. Carroll: I had a graduate student named Wendy Lynch. One day in the late 1990s I was mixing up drug solutions in a tiny procedure room in the basement lab, and she cornered me with a question she had asked before: "Why are we not using female animals? This is ridiculous that we use only males." I said, 'Well, nobody does. I have asked repeatedly if we could include females, but I was always told not to do it. There are a lot of problems. It is the accepted practice to use only males to avoid variability. If we published it, I think we would get a lot of negative critiques.' All of the publications then had used only males.

Wendy didn't accept that. She got in my face and said there is no excuse for not using females; there are nearly as many female drug abusers as there are males in this world. She said she wanted to study sex differences for her dissertation. That was a turning point for me. I said, 'I'm glad I have somebody on my side. I had always wanted to use males and females. Let's just do it.' So we did it. I was really surprised when Wendy first started studying sex differences and started getting interesting results without all the problems we had feared. This began a series of nearly 40 published studies in our lab, and Wendy is currently working on NIDA grants on addiction research at the University of Virginia, focusing on the neurobiology of sex differences.

Q: What are some important differences between men and women in addictive behavior and response to treatment?

Dr. Carroll: There is an increasing body of literature from human studies of addiction indicating that women proceed into addictive behavior on a sped-up timeline compared to men, but there are sociocultural issues that don't allow us to really evaluate treatment in women very well. Addiction in women is underreported, because they may worry about getting in trouble if they use drugs while pregnant, or about losing custody of their children.

We know that men use nicotine at rates higher than women. They also respond much better to nicotine replacement therapy — a patch, gum or other replacements. Studies have suggested that smoking in men is influenced by the nicotine content, but what is more likely to maintain smoking in women is the cues associated with nicotine—how it looks, how it smells, where it happens.

Q: How would you describe the importance of considering sex as a basic biological variable in research? How should people think about this?

Dr. Carroll: Sex is a basic variable that has been shown to influence every phase of addiction. There is a lot to be learned by studying sex differences. I can give examples based on our studies and those of other researchers examining sex differences in addictive behavior in preclinical research.

By expanding our research to include females, we've learned that estrogen dramatically increases drug-taking in the animal model, while progesterone decreases drug-taking. This goes across cocaine, nicotine, opioids, and other drugs. We can observe this with the natural rises and falls of the hormone levels during the cycle, and in ovariectomized rats that are given estrogen or progesterone while they are self-administering drugs of abuse. I don't want to say that progesterone is a miracle cure, but it reduces drug use by a decent amount. Importantly, when we combine progesterone treatment with other treatments, such as medications or exercise, the treatment outcome is even better.

Q: What advice would you give investigators who want to start including both males and females in their research?

Dr. Carroll: Really read thoroughly. Read all the reviews about sex differences on both animal work and human work to really understand what you're getting into, what has already been done and what needs to be done. We don't need to repeat everything. If there are no demonstrated sex differences in a specific area, it may not be necessary to include that in a new study, if the lack of sex differences can be cited.

For anyone who wants to study sex differences in drug addiction, I should note that we mainly find individual differences at the threshold of the behavior—when animals are first starting to take drugs, at lower doses, when they're just starting to escalate into higher intake, or when they relapse. When they have reached maximum drug seeking and drug taking and are showing heavy drug use, the sex differences are less apparent.

Q: Are there clinical applications for your research?

Dr. Carroll: It's all about treatment. That's the basis of our Specialized Center of Research on Sex Differences grant, to study progesterone as a treatment for nicotine and cocaine addiction in humans, with parallel studies in animals. We're only beginning our third year, so we don't know the results yet for humans. In the rats, we've already found that a treatment drug, atomoxetine, that reduces impulsive behavior, adds to the effects of progesterone to suppress cocaine-taking and impulsive behavior to seek cocaine.

Also, these treatments work throughout the whole process of drug addiction. They work during acquisition, when the animal first begins to take the drugs. But we can't manipulate any of that in humans who start taking drugs in their early teens. But they have surges of progesterone naturally in their menstrual cycle, and about a third of the birth control pills that young women take are progesterone-only pills that would add more of this hormone. These forms of progesterone might be preventing cocaine addiction, or nicotine use, or any of the drugs that kids get into.

We have also studied rats with other individual differences besides sex, such as rats that were bred to prefer or not prefer to drink sweet liquids such as saccharin. We found that the ones that really craved sweets also craved drugs and vice versa. Also, rats that are impulsive—they choose less food now instead of waiting for more later—also take more drugs than less impulsive rats. Rats that are bold and avidly explore also get into drugs faster than those that are more fearful.

This also relates to humans. When humans are young and they first start getting into drugs, those that are impulsive, risk-taking, and thrill-seeking will be more likely to explore drugs.