New research funded by the NIH HEAL Initiative seeks to understand the effects of opioid use during pregnancy on maternal and child health and behavioral outcomes. 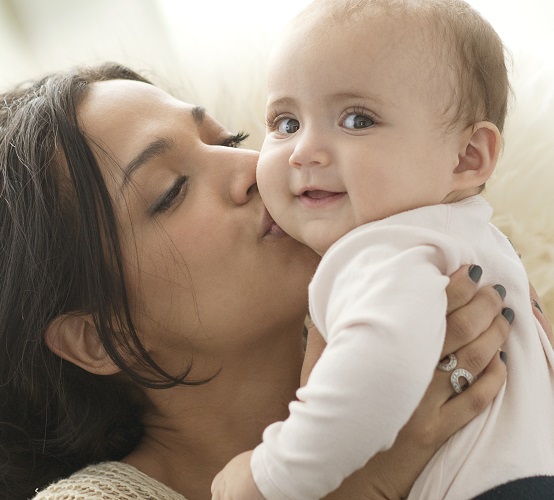 We all know that children are our future. But what will the future hold for the many children exposed to opioids in utero? Can early diagnosis and intervention improve their life course?

Currently, there is no national standard of care for such children. We also lack clarity on the long-term effects of either opioid exposure or various treatments for opioid-exposed children on their physical and cognitive development. To narrow that knowledge gap, NIH seeks to enhance outcomes for infants and children exposed to opioids as a key goal of the Helping to End Addiction Long-termSM, or HEAL, Initiative. Toward this goal, a group of 29 Phase I grants were awarded in September 2019 to plan for the large-cohort HEALthy Brain and Child Development (HBCD) Study of neurological and physical development. The full Phase II cohort study will also include infants and children not prenatally exposed to substances or adverse environments, in order to identify early biomarkers of altered developmental trajectories that could prompt intervention for those exposed to opioids or other harmful substances during gestation.

Phase I of the HBCD Study was recently co-funded by several NIH institutes, offices, and programs (see below), including the Office of Research on Women’s Health (ORWH). The HBCD Study will include vulnerable children and their mothers. According to ORWH Director Janine A. Clayton, M.D., “We know that women’s health before pregnancy can influence pregnancy complications as well as postpartum maternal and child health.” In these new grants, investigators will seek ways to better understand the internal and external maternal factors that influence the children’s development. “In addition, by enrolling women during pregnancy, we can learn how to start helping children and their mothers that much sooner,” Dr. Clayton said.

To collect neurodevelopmental data on both healthy and opioid-exposed children, the HBCD Study will eventually engage a multisite team of investigators who can explore the effects of exposure to prenatal opioids and other substances on children’s neurodevelopment from before birth through early childhood (ages 9–10). Specifically, HBCD researchers—such as Pat Levitt, Ph.D., professor of pediatrics at Children’s Hospital Los Angeles—plan to prospectively examine human brain development and cognitive, social, and emotional development, as well as conduct analyses of biospecimens collected from pregnant women and their children. “We actually know a lot about infant behavior, but the biomedical components are still a mystery,” said Dr. Levitt. “The opportunity to put them together in one study that’s going to be quite large is just remarkable.”

Dr. Levitt is the principal investigator of the Biological and Environmental Contributions to Healthy Baby Development in Diverse Population study. “We used to do neuroimaging in which we would get a picture of the architecture of the brain,” he explained, “but now, with the same imaging, we can get a complicated spectroscopic profile of some key chemicals in the brain that tell you about the maturation of neurotransmitter systems and metabolism. That’s going to be exciting.”

Between 1999 and 2014, there was a 333% increase in infants exposed to opioids prenatally, affecting approximately 26,000 children in 2014 alone.1,2 Opioids—prescription or illicit—taken during pregnancy can lead to maternal death, poor fetal growth, preterm birth, stillbirth, birth defects, or neonatal opioid withdrawal syndrome (NOWS). The incidence of NOWS has increased more than fivefold since 2004, to almost 7 per 1,000 hospital births.3 How does NOWS affect later neurodevelopment?

“It is very difficult right now to identify later cognitive effects of prenatal exposures, especially in infancy,” said Amy J. Elliott, Ph.D., principal investigator of the Cumulative Risk of Substance Exposure and Early Life Adversity on Child Health Development and Outcomes study, which is part of the HBCD pilot phase. “These [HBCD] studies are expected to move up that period of detection and that sweet spot for intervention that can lead to better outcomes.”

The Power of Partnership in Research

Although many NIH Institutes, Centers, and Offices (ICOs) address facets of this complex problem, they lack the infrastructure or expertise to comprehensively and systematically address the full impact of opioid and other substance use on brain and other developmental trajectories. Hence, this HEAL partnership brings together many scientists from diverse backgrounds to collaborate in unprecedented ways to answer complex questions that must be considered from multiple perspectives and by using a wide variety of methods. Some of those methods could include state-of-the-art structural and functional MRI; tooth biomarker studies to determine prenatal levels of drug and environmental toxins; geocoding of residential locations; activity monitoring; and many different cognitive, attitudinal, observational, and behavioral scales and surveys.

Because little is known about potential resilience factors and social determinants of health that might mitigate the effects of opioids, the researchers will also investigate maternal protective factors, such as prenatal vitamins; good nutrition; adequate sleep; physical activity; and supportive partners, family members, and communities. Researchers will also examine the long-term effects of prenatal and postnatal drug exposures and adverse environmental exposures, including health disparities, as well as the potential effects of sex, genetics, gender, and other social and environmental factors.

“With all of the statistical tools now available, as well as the ability to do large-scale studies with multiple sites working together,” said Dr. Elliott, “we have a lot more power to answer these complex questions and really look at interactions between many different exposures broadly defined—chemical as well as environmental—and their effects on development.”

In particular, clarified Dr. Levitt, “we used to measure things in the body and in the brain separately, and now we know we need to do this in a much more integrative fashion, paying attention to the collaboration between organ systems. They’re not isolated; they actually talk to each other. That’s going to be really important in the developmental work that we do.”

This comprehensive approach points to the future of science, which is poised to help us understand how to support opioid-exposed children as they grow up.